Having been asked so very nicely by a new client of ours, Eileen at safelocaltrades.com, (check out our new redesign!) 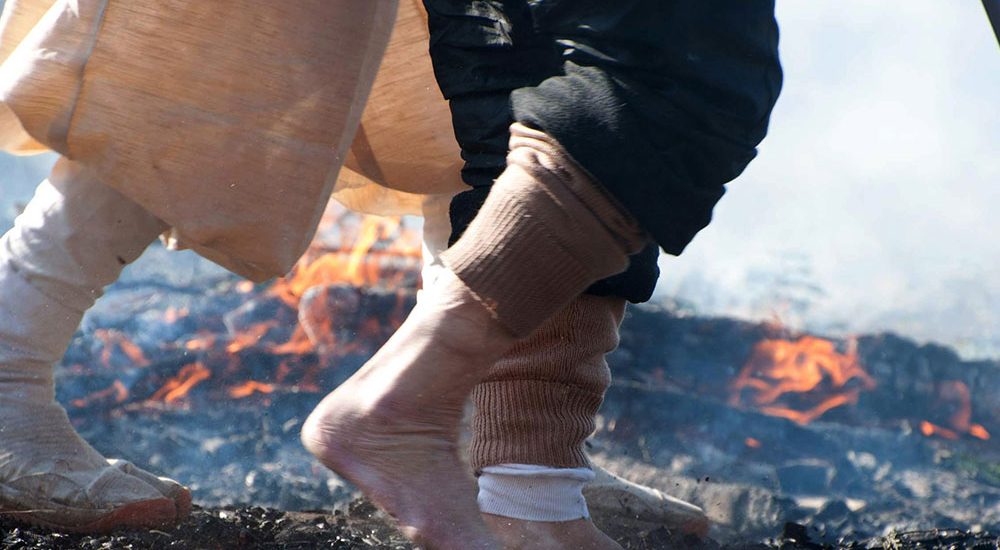 Having been asked so very nicely by a new client of ours, Eileen at safelocaltrades.com, (check out our new redesign!) I agreed to raise sponsorship funds by doing a sponsored Fire Walk for charity Age UK.

Just incase you’re not sure what that may involve, it means I walked, bare foot, along a few feet of burning embers. The embers were shown to be burning at up to 1003 degrees. To put that into perspective, it would soften aluminium and completely melt tin and lead.

So, after a little coaching regarding positive thinking and mind over matter techniques by Steve at Success Formulae I, along with 17 others (randomly including another client of ours, Ian Strange) went out to meet our fate form an orderly queue.

We could feel the heat from quite a distance and at that point I realised what I was actually about to do. Going first wasn’t an option as someone else had bagged that one so I went second. While shouting my chosen mantra (which I probably shouldn’t repeat here) I strode valiantly over the burning embers… like this…

I know it looks like I’m screaming in agony, but I’m actually just shouting my “mantra”. It’s a technique to get you walking confidently over the flames.

It didn’t hurt at all. I could feel that had I stopped in place, or tripped and landed face down, it probably would have hurt … a lot, but it was a mild stinging sensation at best.

So I did it again. In fact we all did it twice!

Nobody chickened out and a lot of money was raised for a good cause. If you like to put yourself in situations that remind you you’re alive, I highly recommend trying a Fire Walk. It’s pretty cool and leaves you feeling really energised.

The event is being run again this year on the 19th October 2013 and you can find out more right here on the brand new Safe Local Trades website.

Thanks go out to Eileen Le Voi at safelocaltrades.com for the invitation.